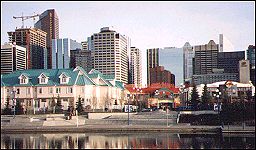 The shower has passed, so we leave the city core. 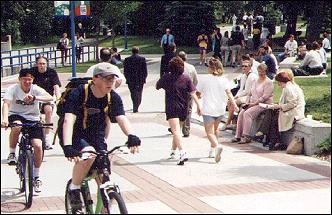 The path through the core is quite busy at noon hour. 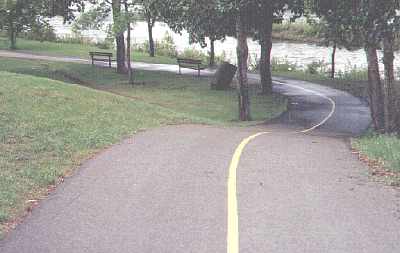 As the path runs through the trees, it takes a dip and turn.
The shaded pavement is still damp from the recent shower. 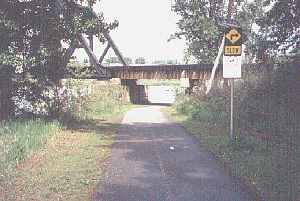 The path goes under a railway bridge. 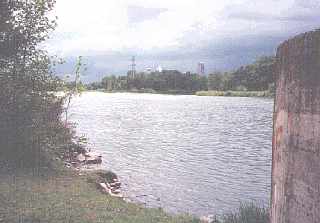 This photos was taken about 20 minutes after leaving the city core, looking back. Some dark shower clouds are now above the core. At this point I wasn't sure where the wind was coming from, so took a chance that the shower would miss me and kept on going. 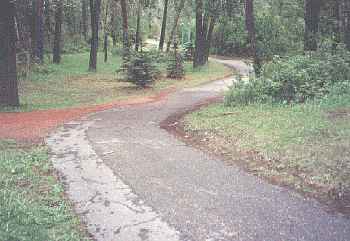 As our path gets rougher, it passes the Fish Hatchery and crosses a shale path. This is a blind corner, so it is a good time to slow down.

The path becomes smoother and heads south between the railway
tracks and the river. 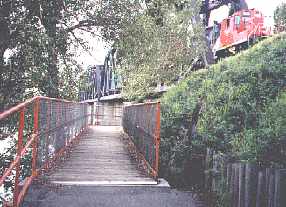 The train passes over the walk-way which allows
people to pass under the tracks. 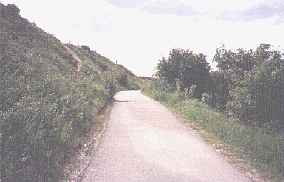 At Beaver Dam park, the path turns uphill.
At first I put on my sandles and walked up this hill, but in recent years
I have found it easier and quicker to skate up. 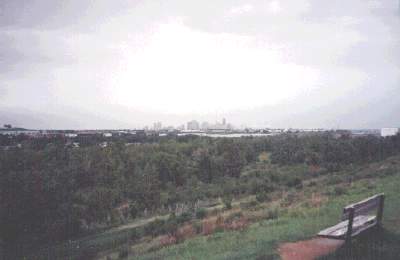 This is a view of the city core as seen from the top of the hill in the south west. I had left that core about one hour before.

On this day, it had started to sprinkle fairly hard. Although I didn't see any lighting, it was still important to head quickly for shelter.

back to the future.

to a file about the need for safety.