The Life of Mabel

may she rest in peace 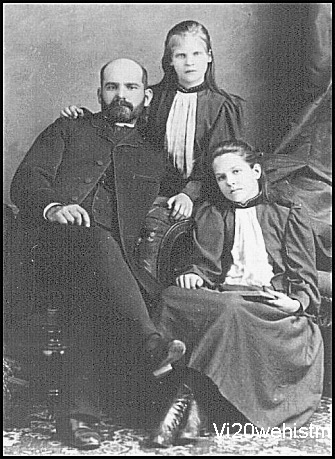 Violet's father responded to the Canadian cry for missionaries and came from the Isle of Man to eastern Canada in the late 1870s. He married and in 1880 they had a baby girl they named Violet, and a few years later they had another that they named Mabel.

When Violet was six years old, her mother died while giving birth to Oliver. Violet explains in her 1955 writings: "We had housekeepers for about ten years. One of them, Miss Charlotte Stewart, was a real mother to us. She took care of Oliver during this long illness, and loved him as if he were her own. [But, Oliver died at the age of three.] She [Miss Charlotte Stewart] died of cancer of the breast soon after she left us. When we moved to Alberton and I was fifteen, Aunt Maggie came to live with us."

So after the age of six, Violet had to adjust to the lose of her mother, to the experience of being raised in a single parent family, and to moves to a strange town every three years. These experiences probably molded her personality and gave her strong lifelong beliefs. She took life seriously, worked hard, had a desire to help others, was very religious (like her father), and felt a strong need to have a home. These things lasted a lifetime.

Violet's sister, Mabel was only four when her mother died, so Mabel was also faced with the need to make major adjustments in her life. A four year old is not capable of coping with these kinds of tragedies. It is not surprising that Mabel had mental problems which later became serious. Mabel spent most of her adult life in the Ponoka mental institute, pictured below. She died in 1955 at the age of 73. 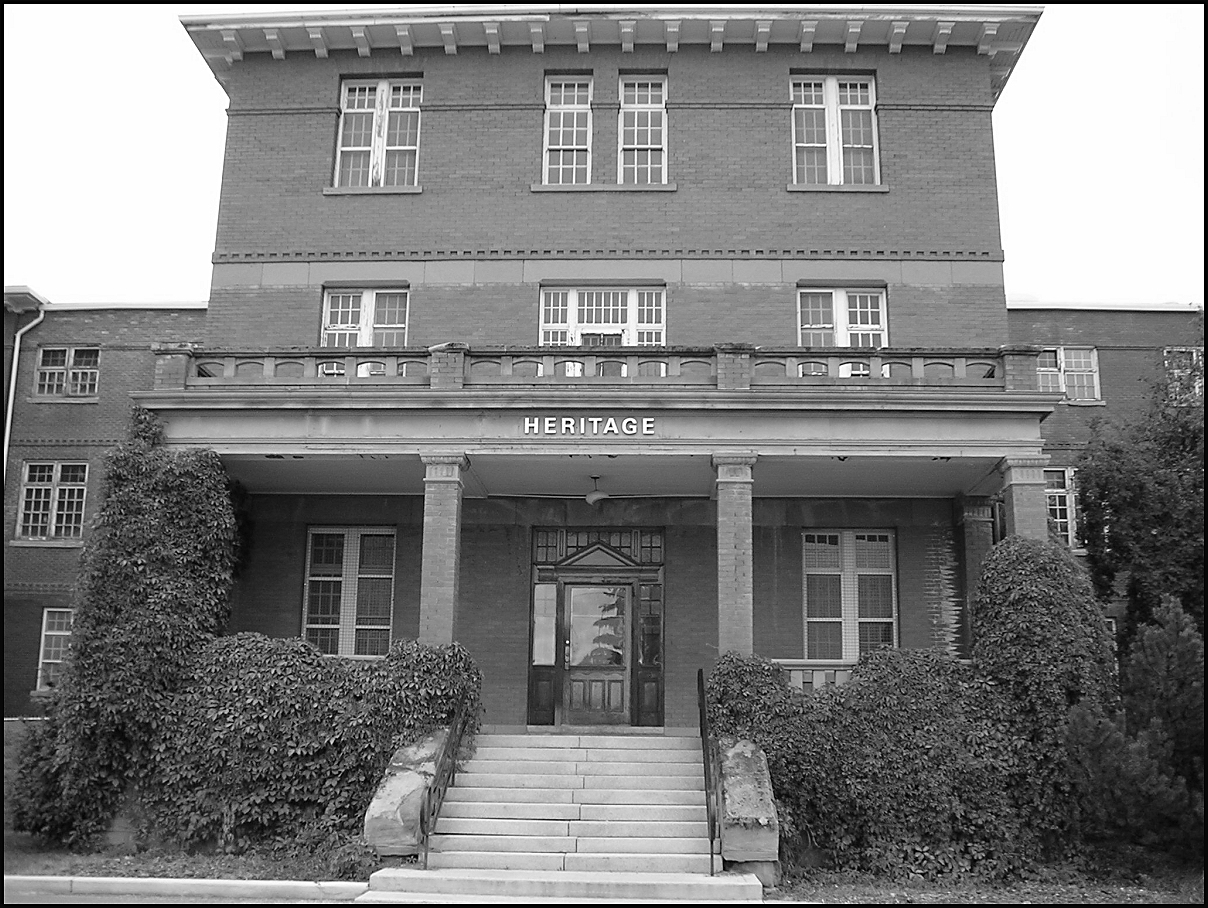 A black and white photograph of the grand entrance at the Mental Institute, in Ponoka, Alberta (taken in 2005).

This facility was built in 1911 to accommodate 150 patients. It was the province’s first psychiatric hospital. It also included a farm to produce fresh food, a water tower, and reservoir. They also had homes for the nurses and doctors.

Plans are to have fourteen permanent trail markers, placed where the original buildings used to stand. They will provide historical information about the facility and describe its programs, services and recreational activities.

I also found a page with historical Ponoka photographs on it. 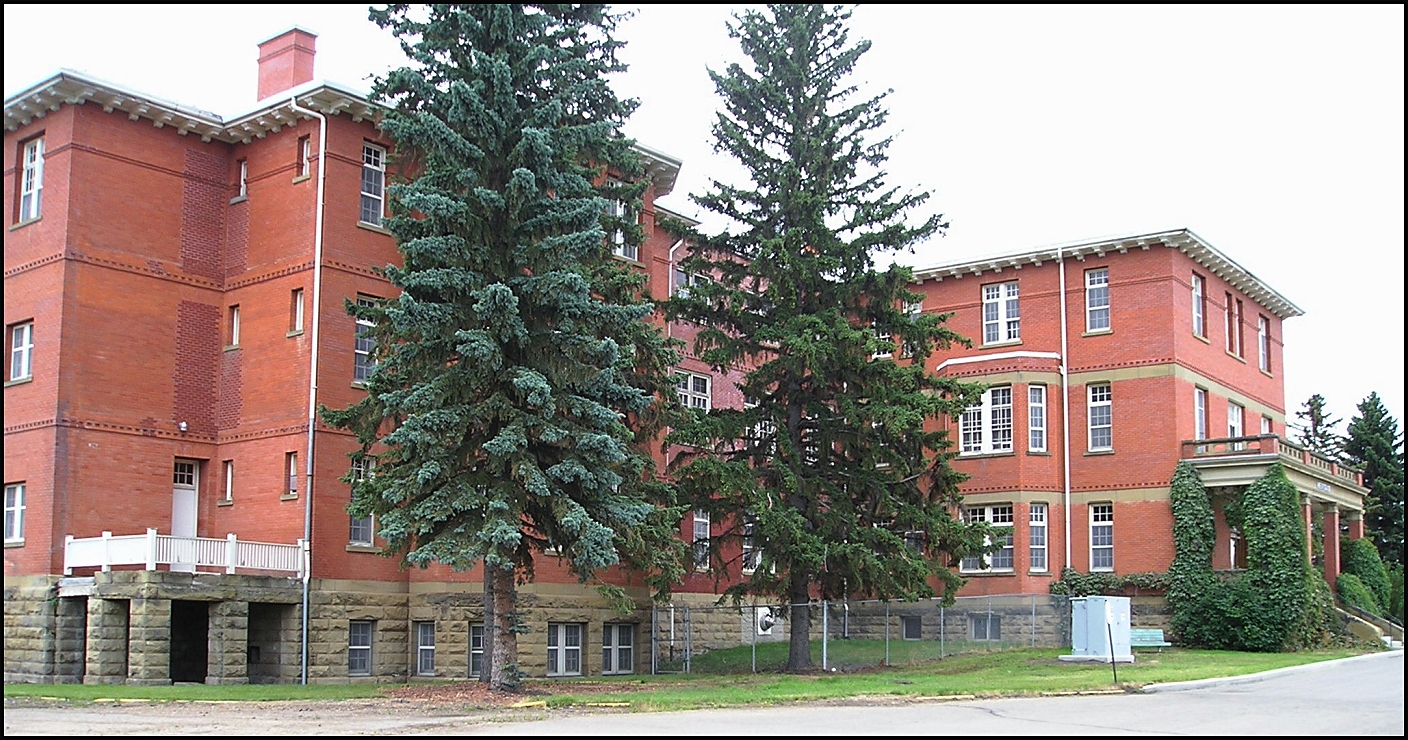 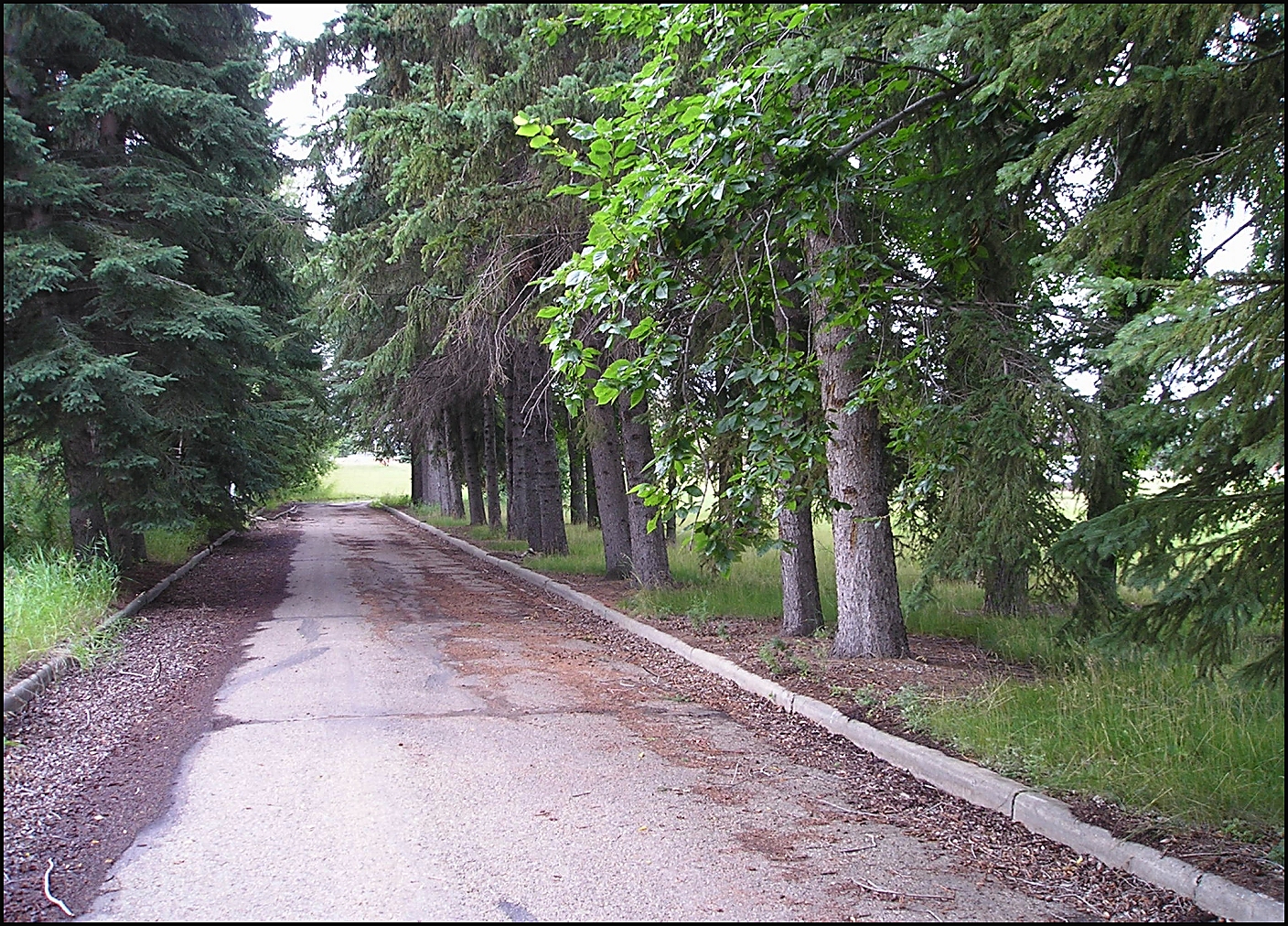 Photograph of willow lane at the Ponoka Mental Institute. A good place to take a walk (1.408 Mb).